I have finally fulfilled a childhood dream of flying in a full motion airline simulator. I found "Airline Captain for a Day" on the web and signed up for a 2hr flight block. An additional hour of classroom "familiarization" is included prior to entering the simulator. I can finally confirm how the real switches and knobs felt and were manipulated compared to desktop sim, and how the real aircraft handled compared to a desktop sim.

1) Nosewheel steering is used up until takeoff roll. There really is no max taxi speed from ATC, but a good rule of thumb is 40kts for shallow angle high speed taxiway turnoffs, below 20kts on straight and below 10kts on a turn which is faster than it seems out the window. You have to have a firm grip on the wheel and feels like the power steering went out in a car. I ended up over-correcting a bit so minor swaying from the taxiway centerline. No big deal.

2)First flight of the day: Pretty much want to get your apu running as soon as possible to heat/cool the aircraft before passengers start boarding. FLIGHTDECK2SIM waits almost until pushback before starting the apu which seems strange turning packs on then right back off again less than 5 min later. My instructor was a retired airline captain who worked for 5 different airlines.

3) The yoke was a lot smoother than I thought in real life and not much pressure is needed to pull back during takeoff. It felt pretty close to the Saitek yoke without the dead band.

4) The metal rudder pedals felt a bit awkward and I felt like my feet were up behind the dash to reach the toe brakes which felt a little weird. Lower end of moderate pressure when applying brakes.

5) 5 Point harness was cool, and the sliding track for the seat is offset from the yoke to allow you to get in and sit down before being centered. The raise/lower seat had a handle that looked and felt like a car center console e-brake lever with top button.

6) Using the actual TOGA buttons on the throttles was cool! This aircraft did not have auto ignition.

8) The haze with clear weather almost made it look like fog in the distance.

9) This particular simulator was 11 yrs old, and the graphics looks like FSX out of the box in 2006. Obviously the flight model was priority. The tug in X Plane is WAY better than the actual simulator. The aircraft/airport modeling is way better in XP and P3D.

10)The cockpit really did feel like everything was squished as close to the glare-shield as possible. Most sports cars have more room laterally.

11) Most of the push buttons on the EFIS has lettering almost completely worn off.

13) Modern 737NG aircraft push LNAV & VNAV on the ground prior pushback, but definitely before takeoff. CMD A was engaged above 400+ AGL which is consistent with the Boeing Manual but is dependent on each operator to set stricter limits higher.

14) I had a very smooth landing on the centerline (winds less than 10kts) with no shaking or jarring like you see in some actual flight in the cockpit videos. I even surprised myself. My instructor was also impressed with my level of knowledge as an armchair pilot, lol. By devoting many hours to study the performance and procedures of *1 AIRCRAFT*, it is possible to be proficient enough to do real world flight planning, FMS data entry, flight checklists, and flying the airplane.

That's all that comes to mind for now. Questions are welcomed. Yes it was EXPENSIVE!!!! But after doing it once, I am satisfied. I don't make the big bucks to make this an annual trip- yet 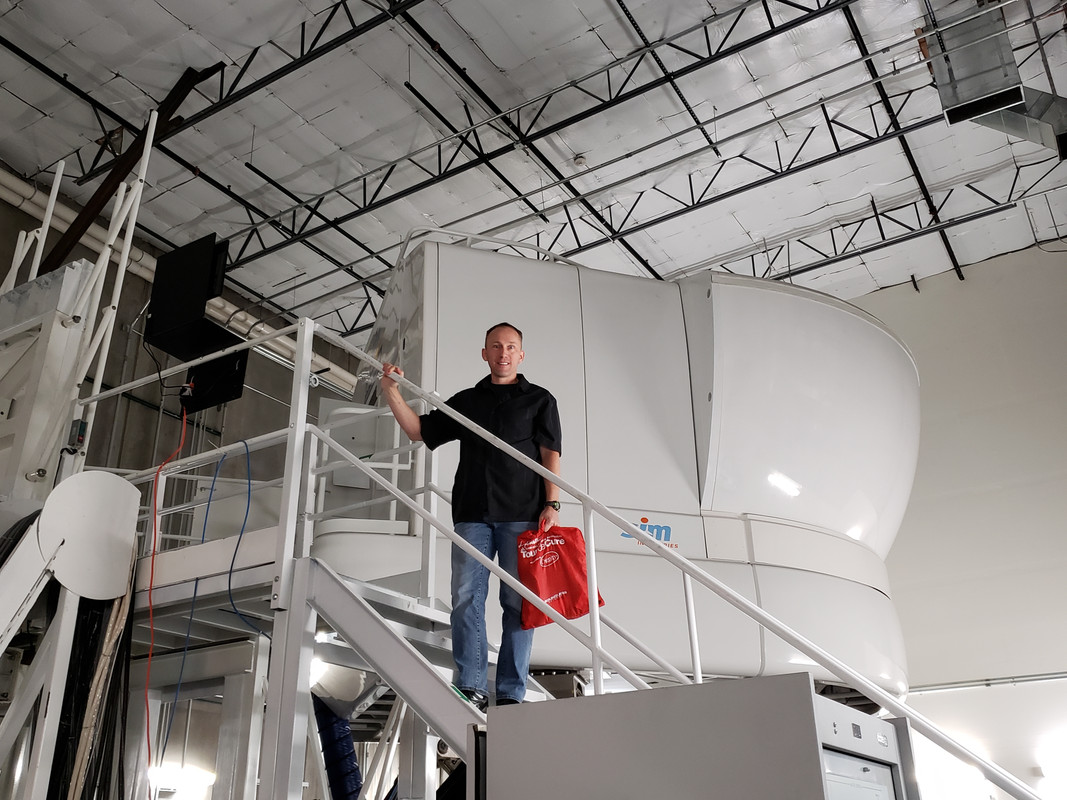 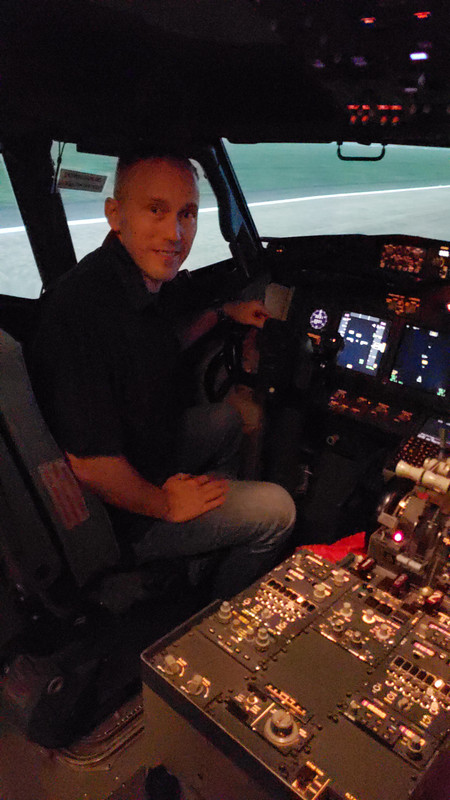 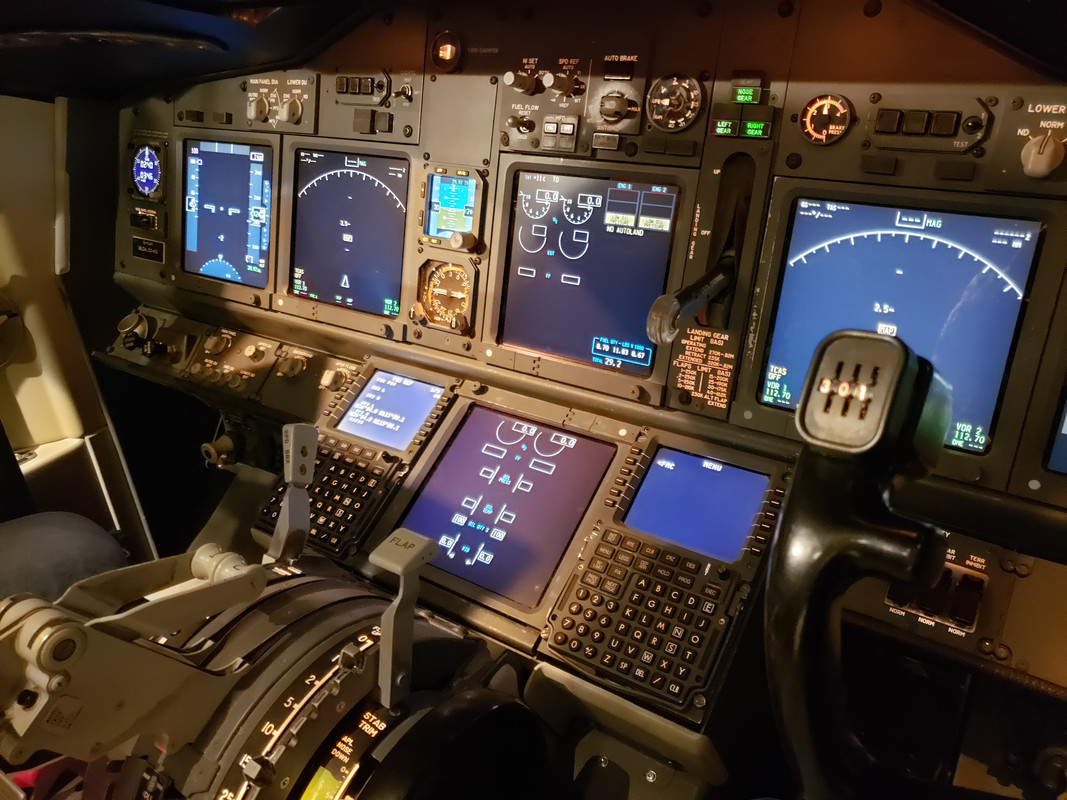 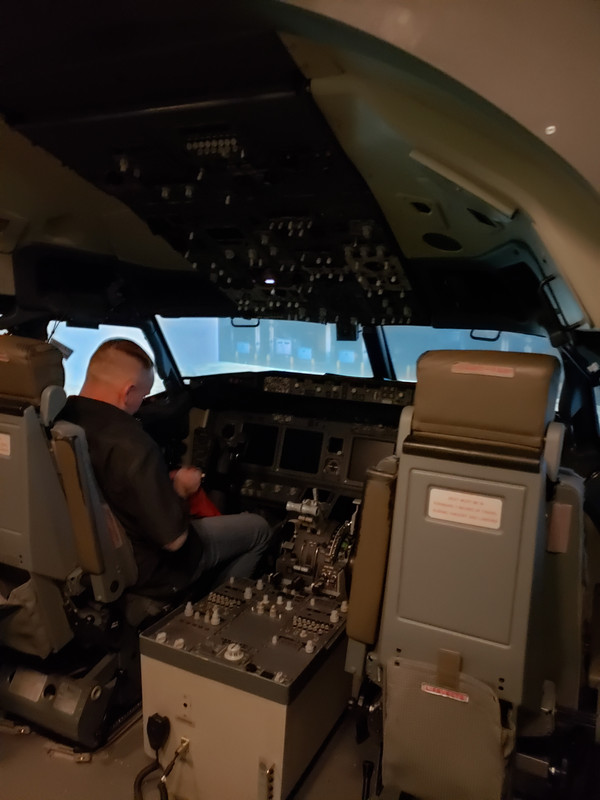 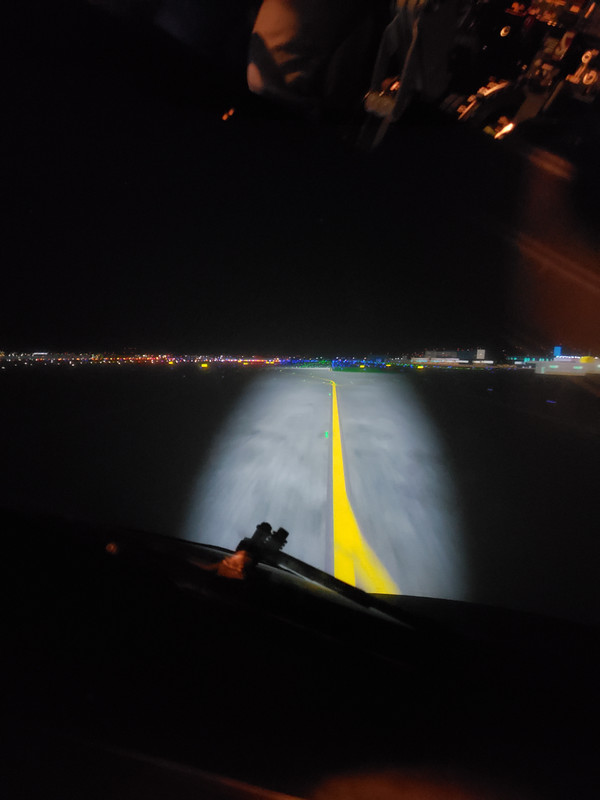 You know that we're all living vicariously through you right now, right?

WANT to see those pics!!

Photos are finally uploaded many moons later as promised.

Return to “The Water Cooler”